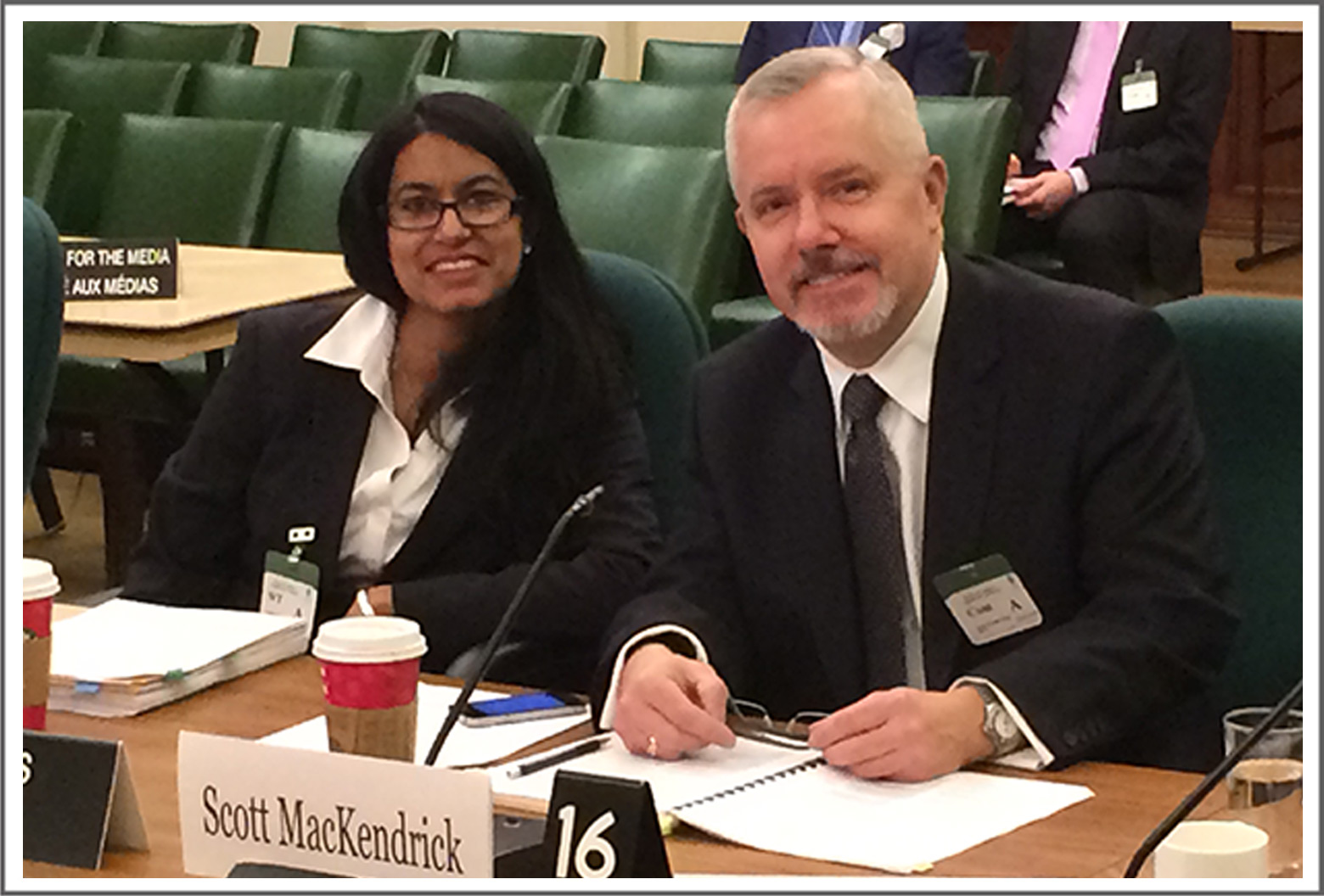 On November 18, 2014, Scott MacKendrick and Amrita V. Singh appeared as witnesses before the Canadian House of Commons’ Standing Committee on Industry, Science and Technology (INDU) on Bill C-43, the Economic Action Plan 2014 Act, No. 2, sharing their knowledge on the implications of the Bill with the House of Commons’ INDU committee members.

Scott spoke on the Bill C-43 amendments to make the Industrial Design Act consistent with the Hague system. The Hague system provides a mechanism for registering an industrial design in several countries through a single application, filed in one language and with one set of fees. Scott indicated that the amendments introduce a potential issue regarding design novelty, and that the regulations will need to be drafted to avoid a loss of novelty.

Amrita spoke on the amendments to the Patent Act which lay the ground for accession to the Patent Law Treaty (PLT), a treaty which harmonizes requirements for the filing of patent applications and the maintenance in force of patents. Amrita indicated that the injection of third party intervening rights adds uncertainty and is almost certain to result in litigation before the Federal Court. She also indicated that the introduction of the more onerous “due care” standard for reinstatement, as opposed to the PLT “unintentional delay” standard, is likely to result in litigation before the Federal Court.

For more information on Bill C-43 and its affects on Canadian patent and industrial design law, click here.